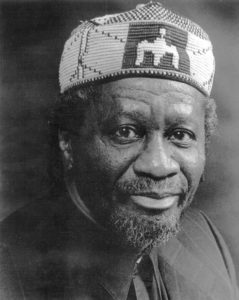 Penny was born in Opelika, Alabama, on August 6, 1941. He moved to Pittsburgh, Pennsylvania’s Hill District as a toddler, where he was raised. A 1957 graduate of Central Catholic High School (Pittsburgh, Pennsylvania), Penny had childhood aspirations of joining the priesthood.
In 1968, he and his friend August Wilson, a fellow Pittsburgh poet and playwright, were approached by members of Pitt’s Black Action Society (BAS), Curtiss E. Porter, Anthony”Tony” Fountain,E. Philip McKain, who had recently obtained funding, to establish the Black Horizons Theater, which staged performances until the mid-1970s. Dr. Vernell A. Lillie founded the Kuntu Repertory Theatre in 1975 as a way of showcasing Penny’s plays. Penny was the playwright-in-residence for the Kuntu Repertory Theatre. Today, the theatre continues to hold performances of Rob’s plays.

In 1976, he and Wilson co-founded the Kuntu Writers Workshop, which Penny coordinated until his death on March 16, 2003.

The Pittsburgh City Council honored Penny by presenting the Penny family with a key to the City of Pittsburgh for his commitment to social activism, dedication to encouraging youth, and contributions to the greater Hill District community. July 29, 2008, is officially the city of Pittsburgh’s Rob Penny Day.

The 62-year-old poet, playwright, teacher and activist died of a heart attack at his Hill District home on March 16, 2003. –Wikipedia