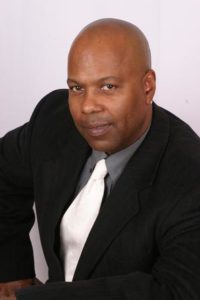 After a successful career in acting, Wise decided to combine his talent and experience to become a casting director. In 1990, he launched Peter Wise and Associates which soon became the most successful minority owned casting agency and Wise became the most sought after minority casting director on both the East and West coasts. His extensive list of casting credits for Film, Television and Broadway have garnered several awards and accolades.

Wise was responsible for comprising the cast of Smokey Joe’s Café which was nominated for seven Tony Awards and a Grammy for, “Best Musical Show Album.” Wise’s cast selections received rave reviews for their performances which contributed greatly to the production becoming the longest musical revue on Broadway to date. As the casting director of record for the national tour of “Jesus Christ Superstar”, he cast Ted Neely, Carl Anderson, Irene Cara and Dennis DeYoung.

In 2008, Wise received a personal invitation from director Debbie Allen to cast her adaptation of Tennessee Williams’, “Cat on a Hot Tin Roof.” His cast of notable award nominated actors included James Earl Jones, Phylicia Rashad, Terence Howard, Anika Noni Rose and Giancarlo Esposito. He is often called upon to lend his expertise to consult on independent Off Broadway productions such as the critically acclaimed, “Cheaters, Friends and Lovers.” Wise has also worked in regional theater casting for several projects such as, “I Love You, Your Perfect, Now Change.” and “Evita.” Wise recently decided to extend his impressive cache of accomplishments to include producing for film and television. His television credits include, “Life is Not a Fairy Tale”: The Fantasia Barrino Story,” directed by Debbie Allen, for Lifetime Television, “Unpredictable” a television Variety special starring Jamie Foxx, for ABC. He has produced several independent films and just wrapped, “Soul Ties” & “Christmas In Compton”.

Wise was recognized by his peers for his outstanding achievements in the entertainment industry with the prestigious Trumpet Award. He resides in Los Angeles and is working on numerous entertainment projects.