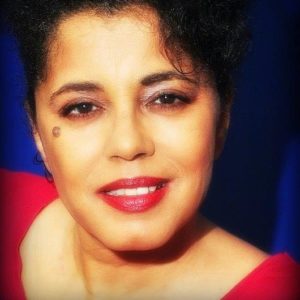 Kim has been nominated for four AUDELCO Awards and won for Lead Actress in Don’t Explain with Ron Cephas Jones; directed by Rome Neal. Her most recent acting credits include: Negro Ensemble Company’s Workshop Production of SWING at La MaMa Theatre, and Crossroads Theatre Company’s’ premiere of AUTUMN by Richard Wesley.

Kim also, directs, coaches, is an Acting Teacher with a focus on Basics for new and returning actors, writes; and her new passion is dramaturgy. Over the years, between acting gigs, teaching and activism; she presented several projects and supported several playwrights, including PJ Gibson, Sabura Rashid and OWA, PhD. Projects include: The Second Black Theatre In America Conference (Medgar Evers College); Eclectic Tuesday Nites (Perk’s Supper Club), for which she Hosted and presented over 200 comedians, singers, actors, Jazz and R&B groups; WE IN HARLEM, BABY! a performance and visual arts salon; ANOTHER SIDE OF A KING – Films and Literature of Woodie King, Jr. (received ART-NY Award). Film & Television credits include title role in Ayoka Chenzira’s Feature, Alma’s Rainbow and CBS’s Divorce Court. Ms. Weston-Moran is currently working with The Paul Robeson Freedom School Afterschool Program as an Arts Consultant . kimwestonmeoran@gmail.com