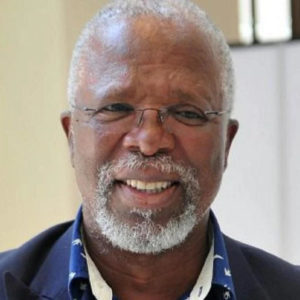 Bonisile John Kani (born 30 August 1943) is a South African actor, author, director and playwright, who has worked extensively in the United States.

Kani joined The Serpent Players (a group of actors whose first performance was in the former snake pit of the zoo, hence the name) in Port Elizabeth in 1965 and helped to create many plays that went unpublished but were performed to a resounding reception.

These were followed by the more famous Sizwe Banzi is Dead and The Island, co-written with Athol Fugard and Winston Ntshona, in the early 1970s. Kani also received an Olivier Award nomination for his role in My Children! My Africa!

Kani’s work has been widely performed around the world, including New York, where he and Winston Ntshona won a Tony Award in 1975 for Sizwe Banzi Is Dead (which ran for 159 performances) and The Island.’ These two plays were presented in repertory at the Edison Theatre for a total of 52 performances.

In 1975, after returning from New York, Kani received a phone call saying that his father wanted to see him. On his way there, he was surrounded by police who beat him and left him for dead. His left eye was lost as a result of the incident and he now wears a prosthesis.

He continued to act and direct in South Africa: he was a founder and artistic director of the Market Theatre in Johannesburg.

In recent years, Kani has pursued a successful acting career in the United States. He is known for portraying T’Chaka in the Marvel Cinematic Universe films Captain America: Civil War (2016) and Black Panther (2018), Rafiki in the 2019 remake of The Lion King and Colonel Ulenga in the Netflix film Murder Mystery (2019).