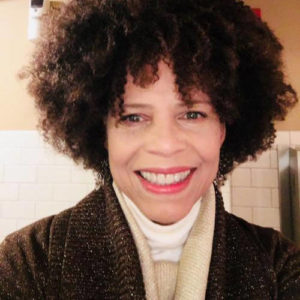 Ifa Bayeza is an award-winning theater artist and novelist.  Her critically acclaimed drama The Ballad of Emmett Till, received a Eugene O’Neill National Playwrights Conference fellowship and premiered at the Goodman Theatre in Chicago in 2008, winning the Mystery Writers of America Edgar Award for Best Play. The Ballad made its West Coast premiere at the Fountain Theatre in Los Angeles in 2010, garnering six Ovation Awards, including Best Production; four Drama Desk Critics’ Circle Awards, including Best Production; and the Backstage Garland Award for Best Playwriting.

Acclaimed productions followed with the Houston Ensemble Theatre and the National Black Theatre Festival in 2011, Penumbra Theatre in 2014, and Ion Theatre in 2017 where it earned top honors at the San Diego Critics Circle Craig Noel Award, including Outstanding Dramatic Production.

Fueled by this success, Bayeza has expanded The Ballad into The Till Trilogy, recounting the epic Civil Rights saga now in three distinct dramas: The Ballad, telling the intimate story of the boy’s quest; That Summer in Sumner, chronicling the five-day trial of his killers; and Benevolence, charting the transformation in the Mississippi Delta in the wake of Till’s death. Penumbra Theatre’s current debut production of Benevolence has garnered outstanding reviews and Mosaic Theatre Company of DC has announced that it will mount The Till Trilogy in full, with all three plays running in repertory in the spring of 2020.

Bayeza’s other innovative works for the stage include Homer G & the Rhapsodies in The Fall of Detroit (Kennedy Center Fund for New American Plays Award); String Theory, interweaving a quartet of stories surrounding the La Amistad slave ship; Welcome to Wandaland, A Fictional Autobiography; and the musicals Charleston Olio (Fred Ebb Musical Theatre Award finalist); Kid Zero with music by multiple Grammy-nominee Harvey Mason; and Bunk Johnson, LIVE, at The Shadows, which was commissioned by the National Trust for Historic Preservation.Her innovative adaptations include Wallace Thurman’s inside view of the Harlem Renaissance, Infants of the Spring, a minimalist Antony and Cleopatra from the queen’s point of view, and Ta-zieh-Between Two Rivers, the first English-verse interpretation of the Iranian classic passion play Ta-zieh. Bayeza also co-authored with her sister Ntozake Shange, the “gorgeous” (NY Times), “magical” (Elle), “dazzling” (Essence) novel Some Sing, Some Cry, chronicling 200 years of African American music through seven generations of women.

Bayeza’s work has been performed at New Federal Theatre in New York, Chicago Shakespeare Theater, Lorraine Hansberry Theatre and Crossroads Theater. A performer and lecturer, herself, Bayeza has appeared at the Getty Institute, the Chicago Historical Museum, the Mississippi Museum of Art, DuSable Museum, BRAVA Women’s Center for the Arts, the McNay Art Museum in San Antonio, the National Museum of African American History and Culture at the Smithsonian, Cosmic Theater in Amsterdam, and at the Sorbonne. A graduate of Harvard University with an MFA in Directing and Dramaturgy from the University of Massachusetts Amherst, she recently was named inaugural Humanist-in-Residence at the National Endowment for the Humanities.