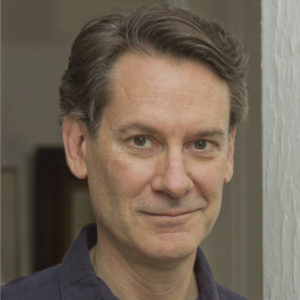 Ezra Barnes is an actor, producer, director and teacher. His appearances Off-Broadway include the acclaimed New York premiere of Fraser Grace’s Breakfast With Mugabe, nominated for Best New Play by the Off-Broadway Alliance and a critics pick for the NY Times and Time Out. Ezra also produced this production.

Ezra was the Founding Artistic Director of Connecticut’s Shakespeare on the Sound, and led the company for 13 seasons. There he directed numerous productions including The Merchant of Venice, Macbeth, Julius Caesar and As You Like It and played Prospero, Leontes, and Benedick . He was also co-founder and served as Festival Producer of Westerly, Rhode Island’s Shakespeare in the Park festival for the Colonial Theatre.

Since 2003, Ezra has run the Young Actors Workshop Brooklyn, introducing children from ages 8-18 to the joys of theater. He has also taught at Saint Ann’s School and the Harvey Milk School, taught adults at numerous studios in New York and given master classes at universities and colleges.