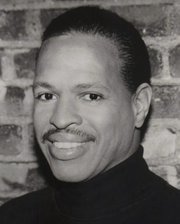 God chose to take ‘our Cliff’ back home this morning. Peacefully, God claimed him at around 6 a.m. this morning.”

The news spread quickly through the arts community via an email lovingly composed by longtime colleague and friend Baskerville, the glorious operatic soprano.

“He was our partner and loyal friend, a tenor, an organist, pianist, vocal coach, accompanist, musical director and actor,” said Patricia Pates Eaton. “Wherever you were, Cliff was also, contributing and offering his support.”

He was born to Mrs. Curtis Terry, Feb. 22, 1956. A graduate of the High School of Music and Art, Terry earned a B.S. from Clark Atlanta University and a certificate of music from the Hartt College of Music at the University of Hartford.

As a tenor vocalist, he sang with NYCO in “Margaret Garner” at Carnegie Hall (and on the album) for “Kathleen Battle and Jessye Norman Sing Spirituals,” as well as “Jessye Norman Sings for the Healing of AIDS” at Riverside Church, “Porgy and Bess” at Theatre des Western Berlin and Opera Ebony’s “Il Trovatore,” among others.

I worked with him on Shauneille Perry’s musical “Marian Anderson: Things of the Heart,” directed by Elizabeth Van Dyke for the Bermuda Festival in 2004. I most remember the tenderness he reserved for “This Little Light O’ Mine.” Both as a musical director and accompanist, his directives were humble and knowledgeable, simple but courageous.

Terry was an adjunct lecturer in choral music, piano and theory at John Jay College.

“Personally, I am fortunate to have experienced Cliff’s deep and abiding friendship. Cliff believed in me. He made me feel I could accomplish anything I put my mind to,” shared soprano Diane J. Johnson. “Cliff always called me daily, just to check on me and say hello. We are all struggling to discover how we will move on without him.”`