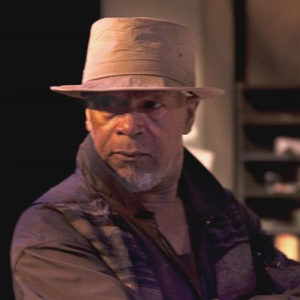 “To find the voice that would make him famous as a playwright, Wilson needed to gain distance from his roots. This opportunity came in 1978 when he visited his friend Claude Purdy in St. Paul, Minnesota, and decided to stay there. Purdy urged Wilson to write a play and Wilson felt more ready than ever before. “Having moved from Pittsburgh to St. Paul, I felt I could hear voices for the first time accurately,” he told the New York Times.

Claude Purdy is a freelance Director in what has been termed “America’s National Theatre” — the League of Regional Theatres — including ACT in San Francisco, Pittsburgh Public Theatre, the former LATC in Los Angeles, the Alley in Houston, Cleveland Playhouse, the Dallas Theatre Center, GeVa in Rochester, N.Y., the Arizona Repertory, the Guthrie Theatre, Alabama Shakespeare Theatre, the Tricycle in London, and Penumbra Theatre, in Saint Paul, MN. where he has extensively staged the works of August Wilson for the past fifteen years. Purdy’s 2004 direction of the STAGEWALKERS production of ‘Ma Rainey’s Black Bottom’ at the Lillian Theatre in Hollywood garnered a Best Director Award from the LA Weekly, as well as numerous other awards for the cast and Design.

A graduate of Southern University, Mr. Purdy also spent 15 years abroad, six of which were at the American Theatre of Paris, where he acted and directed with Philip Glass, Lee Breur and Jo Anne Akalaitis. He spent 5 yrs in residence at the University of Ibadan, Nigeria working with both John Pepper Clark and Wole Soyenka. Mr. Purdy spent ten years as Director in residence at Penumbra Theatre in Saint Paul, a theatre dedicated to the literature of the Black experience where he staged the theatre’s inaugural production, ‘Eden’, and most of the works of the African American canon. – bio on Stagewalkers.com