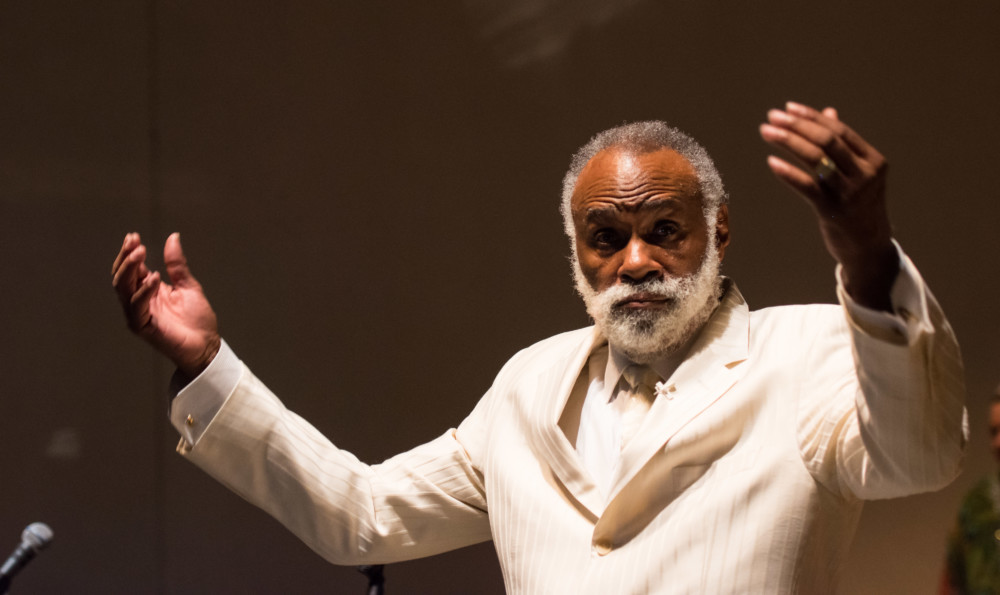 Chapman Roberts debuted in the original Broadway cast of Hair. His subsequent stage appearances included feature roles, on and off Broadway, in Salvation, Hello Dolly (Pearl Bailey and Cab Calloway), Jesus Christ Superstar (Ben Vereen), and as El Gallo in The Fantasticks. He has recorded with Gregory Hines, Horace Silver, Weather Report, and B.B. King (Grammy). His critically acclaimed vocal arrangements can be heard on eight original Broadway- and West End– cast albums of shows that garnered 25 Tony nominations.

Roberts’ vocal arrangements and musical direction have been pivotal in a string of Broadway and West End successes, including, Don’t Bother Me, I Can’t Cope, the original productions of Eubie, Bubbling Brown Sugar (two Oliviers, Grammy), Your Arm’s too Short to Box with God (Tony), Blues in the Nite, Five Guys Named Moe (two Oliviers), and Playwrights Horizons’ Avenue X. He was last presented on Broadway and London’s West End in the smash hit Smokey Joe’s Café (Grammy), and off Broadway in Three Mo’ Tenors. His film credits include Year of the Comet with Louis Jourdan and Solomon and Sheba with Halle Berry.

The Gospel According to Broadway, a Chapman Roberts concept chronicling 300 years of African American Sacred Music, was honored in 2007 with a recording by the BBC Concert Orchestra, Michael Terry Singers USA, and London Community Gospel Choirs, and is being prepared for a world tour.