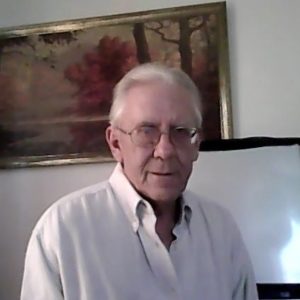 Arthur Anderson was a performer and voice actor best known for his work as the voice of Lucky the Leprechaun for Lucky Charms cereal commercials. The actor voiced the animated redhead, and his famous line, “They’re magically delicious,” from 1963 to 1992.

Anderson also appeared on television shows, including the series Studio One in Hollywood; Car 54, Where Are You?; Jackie Gleason: American Scene Magazine; Route 66; Hawk; Dark Shadows; Law & Order; and he voiced the character Eustace Bagge on the children’s animated series Courage the Cowardly Dog.

Anderson got his start performing in radio, where he landed his first professional role in 1935 at the age of 12, playing an orphan on the show Tony and Gus. He could also be heard on Uncle Nick Kenny’s Radio Kindergarten and Let’s Pretend.

As a teenager, he performed with Orson Welles in The Mercury Theater on the Air, in a radio performance of Julius Caesar. The production also served as the basis for the 2009 film Me and Orson Welles, in which Zac Efron played the composite character Richard Samuels, based partly on Anderson.

The actor also served as the voice of Ducky Drake, the mascot for the Drake’s Cakes brand. Additionally, he published two memoirs, including 2010’s An Actor’s Odyssey: Orson Welles to Lucky the Leprechaun.